These are all the meetings we have in "26sq" (part of the organization "Arlington County Gov…"). Click into individual meeting pages to watch the recording and search or read the transcript.

Commonwealth Joe is a coffee roasting company that is local & family operated in in Northern Virginia. They recently took over operations of the retail coffee shop Java Shack in Courthouse, Arlington. As Co-Owner, Robert Peck tells the story of the company we get a glimpse into the heart and dedication of a small business owner. Kate Hougen is the owner/proprietor of Mira Jean Designs. The company's mission: to make homes brighter via art-inspired and sustainably-designed textiles and home decor. The Arlington Initiative to Rethink Energy partnered with VA SUN to help residents install solar power at a reduced cost. See how others are doing it in this video.
solar
rethink
initiative
energy
homeowners
idea
virginia
arlington
technology
prohibitive Synetic Theater was one of the early beneficiaries of Arlington County's innovative and award-winning Arts Incubator program, and in the years since its birth, Synetic Theater has grown to be one of the shining jewels of Arlington's arts' scene. The brainchild of Paata and Irina Tsikurishivili, Synetic has become acclaimed regionally, nationally, and internationally and has won scores of Helen Hayes Awards for distinguished theater in the Washington region. This segment of 26 Square, retraces the steps that the Tsikurishivili's have taken from their childhoods in the Republic of Georgia, to being one of Arlington's most innovative artistic institutions.
cinetic
ballet
theater
acting
girlish
georgian
dream
met
norma
incubator The Arlington Initiative to Rethink Energy partnered with VA SUN to help residents install solar power at a reduced cost. See how others are doing it in this video.
solar
initiative
rethink
energy
virginia
homeowners
idea
power
county
prohibitive Sandra just wanted to replace a pre-school playhouse but after meeting Nancy something special happened. This is the story of a serendipitous meeting between Educator Sandra Redmore and Landscape Designer Nancy Striniste and the partnership they have formed to help kids get outdoors and into nature's classroom.
volunteerism
community
project
house
built
huts
renovation
playhouse
maintaining
children 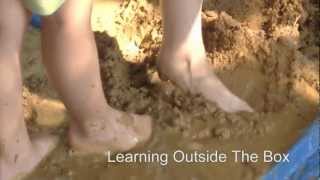 Bipolar disorder is usually first exhibited in people in their late teens and early 20s. Peter De Haven was diagnosed at the age of 11 in 1984, when bipolar disorder in children was almost unheard of, and rarely diagnosed. Finding the right medication was a constant struggle for Peter and his Mother. Refusing to take his meds led to suicide attempts and eventually, prison. In this story we see how it is possible for those labeled mentally ill to function in a society that too often fails them. Peter was lucky to find a place in Arlington VA that could give him the right tools to bring him 'back to wellness'.
bipolar
schizophrenia
psychiatry
psychiatrist
schizophrenic
depression
depressive
therapy
disorder
counseling 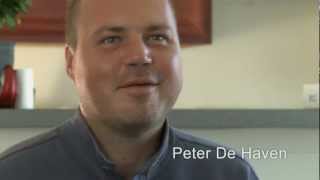 Working in the school Library meant Alex could support herself while at graduate school pursuing her passion for sculpture. Her plan was to graduate and teach art while working in the studio creating her own art. In 'Alex's Story' we witness how life events mean sometimes our plans have to change, and with change unexpected passions emerge.
librarians
career
job
grad
institute
assistant
living
michigan
trying
divorced 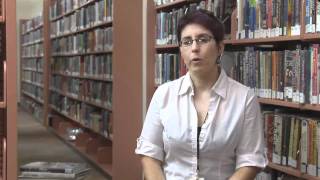 Approaching 80-years-old, Don still finds time to exercise daily. His passion is basketball, which he has played his whole life and is still winning trophies with his senior team. But his playing days look finished after a life threatening illness?
sport
sports
basketball
fitness
rehab
team
players
motivated
virginia
years 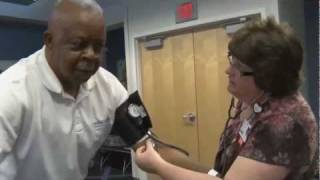 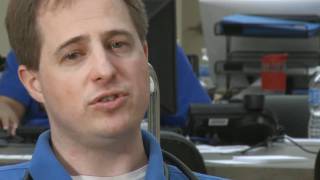 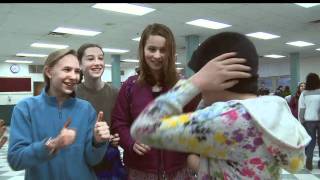 Fresh out of college, Carol and Tom Skelly married and moved to Arlington VA. In 1987 their second child Patrick was born and by his 3rd year they realized something wasn't quite right with him. The family's future would have to change, and Carol would become the advocate she didn't plan to be.
autism
disabilities
parents
pediatrician
arlington
baby
patrick
developmental
emotions
mental 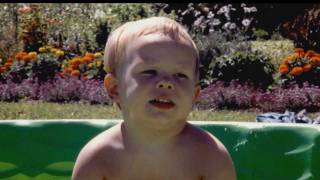 The ARPANET, a project of the Advanced Research Projects Agency of the Department of Defense, developed the technology that became the foundation for the internet. Originally intended to support military needs, ARPANET technology was soon applied to civilian uses, allowing information to be rapidly and widely available. The internet, and services such as e-mail, e-commerce and the World Wide Web, continues to grow as the under-lying technologies evolve. The innovations inspired by the ARPANET have provided great benefits for society. 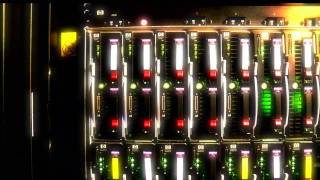 The death of a neighbor from breast cancer inspires an 8th grade girl to do all she can to stop the disease and raise awareness of it. Jacqui is a normal teenage girl whose drive to make a difference in the world will inspire you.
hairdo
hair
shaving
jacqueline
breast
bald
pamela
mom
sophie
hesitations 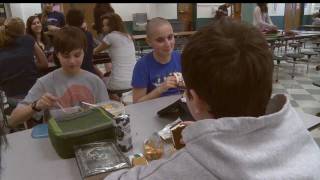